From the beginning of its mandate in December 2019, the new European Commission has been showing strong leadership in Digital Transition. Proof of this is publication of the European Strategy for Data, which has recently been submitted for public consultation.

The European Association for Digital Transition welcomes the Commission’s proposal. Nevertheless, we have provided our observations, detailing our position regarding the proposed benchmarks.

The need for a European Digital Identity

European development as it pertains to data requires specific, ambitious, flexible and intelligent regulation so that it is not a reactive agent for the progress of data but rather a proactive one.

Data, understood as a good or asset in our societies and economies, has an owner and this owner can be no other than the person this data has come from or who has created it (directly or indirectly).

What we feel is missing in this strategy is a reflection on the Digital Identity of Europeans. Regarding European Digital Citizenship: We want a united, strong and sovereign Europe. The framework that guides and regulates the future of our data and digital activity, in general, will be crucial to achieving this.

In this context, we believe the Strategy must address data with all due respect for its most personal and civic dimension, and also in its full breadth: thinking strategically to ensure the best social and economic future for Europeans.  Although this can be developed in a future Digital Services Directive, part of the foundations of this new standard should already be included in this Data Strategy.

We also propose evaluating the creation of a European authority which, beyond data protection, is dedicated to monitoring the development of digital services. This authority would analyse digitalization and its consequences for Europeans from all the key perspectives: social, economic, civic, consumption, etc. And also in the areas of Security and Defense.

Towards a Single Market for Data

From a more economic perspective, we believe this Strategy should serve as the ‘cornerstone’ to create a powerful and competitive market that is a leader in the creation and use of data for the benefit of European citizens and their businesses, the main producers of employment in EU countries. In line with European Treaties, it is necessary to create a single market for what is being called the ‘fourth factor of production’ – in the European economy, given that ‘single markets’ already exist for the other factors (freedom of movement of people, goods and capital), which is crucial to strengthening the sovereignty of European society and its citizens in the face of global challenges. Data is the main input of all future technologies: The EU must therefore propel this viewpoint of the ‘single market’ and a common approach to data.

It is not just a matter of making it necessary by government decree to move forward in digitalization of our societies and States, but rather that citizens and businesses receive the right signals to make powerful and rapid decisions and thereby create environments of innovation and competition in Europe that are dynamic and powerful enough to challenge the current market position of the international technological giants. It is important, in this respect, to be very clear about the competitive advantages of the common European market, made up of more than 500 million inhabitants with a diversified economic base in the agricultural, industrial and service sectors, which are huge producers of data that needs to be harnessed and leveraged.

In point three of the Strategy presented by the European Commission, we think the benefit for European society of the use of data goes far beyond a ‘top-down’ view of data protection. The creation of centralized systems has been pursued for years, when decentralized but coordinated data management is more efficient and implies a lower concentration of risks. As European citizens, we do not advocate the creation of centralized data systems, which are more fragile and vulnerable to potential cyberattacks. We believe the way forward is to knit together intelligent networks that connect disparate databases across sectors and territories so that a seamless exchange of data is established without the serious risk that would entail, for example, a single ‘cloud’ on a European level.

The Importance of Europe having its Own Technology

In regard to development of infrastructure, we believe it is necessary to stress the importance of the availability of European technology. Unfortunately, over the past few years we have witnessed events demonstrating that technology and the digital realm also pose major threats to the quality of democracy and the rights and freedoms of Europeans. Cyberattacks, cases of computer espionage, privacy breaches, interference in electoral processes, fake news, etc. In this Strategy, are we forgetting about all these worrying realities which also, all of them, are based on or related to access to information and data?

There is little point in making an ‘independence’ speech in regard to foreign actors when, immediately after, it is necessary to buy part or all of the necessary technology from them to, for example, deploy the large bases for exchanging data and ‘clouds’. There can be, of course, technological contributions from others, but we must not be in their hands. We believe that Europe must guarantee itself a certain level of control: The main developers and owners and managers of the infrastructures that drive data in Europe must basically be European actors, who deserve the trust of European citizens. And as such, minimising the risk that the interests of a non-EU actor or country may take precedence over the interests of Europe. Europe has powerful and competent companies to execute, working together in an appropriate framework, all the technological developments that are needed.

The Strategy also emphasizes the integration of efforts being made by individual Member States of the European Union through the creation of mechanisms to share advances, especially from the most innovative and highly-developed projects. The idea is to not duplicate efforts and try to integrate what is being done from various sides. This is, in the view of our Association, a particularly interesting aspect for the European consumer (be it an individual person or a company), since on many occasions the learning curve must be financed with higher fees, thus exchanging technologies with increasing degrees of homogenization is necessary and very positive.

The European Association for Digital Transition has contributed these points of view to the process of public participation in the European Data Strategy with a constructive, critical and collaborative vision: 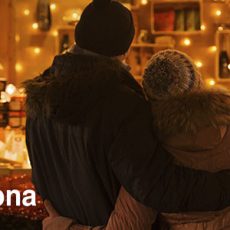 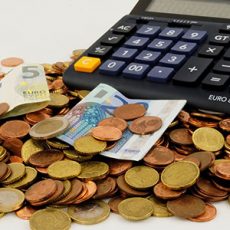 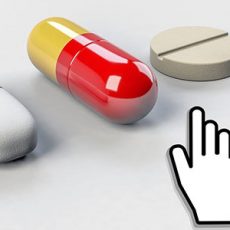