The seven most powerful economies in the world, assembled in the Group of 7 (G7), have reached an historic agreement on taxes on big tech: multinationals with a profit margin above 10% will have to pay at least 20% of their taxes where they produce profits and not, as many do, in countries with low tax rates where they base their operating headquarters. Moreover, these powers have agreed to set 15% as the minimum tax rate, lowering the proposal from the United States, which was 21%. France was also hoping for a higher common rate.

This preliminary agreement, as it has to be ratified in the coming weeks and still has details to be decided, lays the foundation for a new tax policy for a digital world, that is, one in which borders are much more permeable. It is a milestone in a long journey of theoretical approaches, discussions, and negotiations. And it implies the beginning of the end of the digital taxes that some countries, such as France, the United Kingdom, and Spain (the so-called ‘Google tax’), had unilaterally set in motion.

The agreement cannot be separated from the global economic situation. According to the OECD, the tax evasion practiced by large corporations subtracts some 200 billion from the States’ public purse each year. And now more than ever governments need to ensure the long-term sustainability of public finances, extremely effected by the pandemic and by the investment and spending plans being rolled out in both the European Union and the United States. From a political perspective, the change of administration in the White House – from republican Donald Trump to democrat Joe Biden – has been key to unblocking the negotiations on global taxes, which seemed to be going nowhere.

Problems of the current model of taxes on big tech

This long period of years of debates and wavering has been taken advantage of by the big tech companies, who have created complex tax structures to reduce their tax burden to the minimum. For example, Amazon’s subsidiaries in Spain declared more than 1.5 billion in revenues in 2020, and paid taxes on only eight million.

The European Union has tried to put an end to these tax mechanisms that stretch the bounds of legality, but has not always been successful in its long disputes with the big tech companies. For example, in 2016 the European Commission obligated Apple to repay 13.5 billion for avoiding taxes in Ireland, but in the end the decision was annulled by the courts.

So this preliminary agreement is great news. It’s true there are still some issues to be resolved, and that, as  economist Javier Santacruz points out in this article , they could have gone deeper into creating a fairer tax system. The GAFAs, the big winners from the pandemic, will pay more taxes globally, but with bold reform they would have had to face significantly higher taxes than this 15%. Perhaps this is why they have received the preliminary agreement with kind words, while at the same time wait, in the coming weeks, to exploit their enormous lobbying capacity.

But clearly this is progress. Without getting into debates on economic and tax policy, companies need to compete on a level playing field, and it is clear that big tech had managed to manipulate the rules in their favour. National budgets lose, and consequently the citizens, but the rules of free competition are also distorted: can European companies that indeed pay taxes where they make profits really compete with those that shirk their responsibilities by using tax havens that are just an illusion?

The agreement is very welcome, as is any measure that allows the European Union to defend its socio-economic model, based on solidarity and free competition on equal terms. 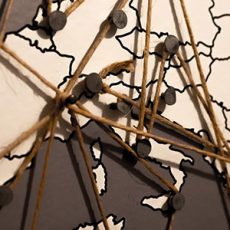 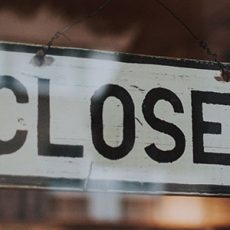 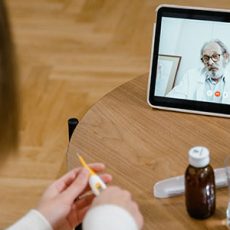 Health and Digital Transition: How to make the most of Next Generation Funds