The gradual lifting of restrictions is here. Europe is, little by little, ending the lockdown of its population, using different rhythms and methodologies. And for now, despite all the debate in recent weeks, there is no consensus on widespread implementation of applications to detect people who have been in contact with others who are newly infected.

Based on the fact that, evidently, all the alternatives are going to conform to the legal framework in the EU – basically, the European General Data Protection Regulation – the debate seems to have stalled between those who opt for a centralized protocol and those who defend a decentralized one. Fundamentally, in the first the authorities have control and citizens must trust that their data is only used to fight the virus, and only temporarily. In the decentralized model, users, by means of their mobile phones, are the ones with the power.

These are the basic premises, but the reality is proving to be much more complex. So much so that one can speak of a simmering war of tracing apps. Basically, there are two major technical groups – the PEPP-PT (for Pan-European Privacy-Preserving Proximity Tracing) and DP-3T – but what has stirred up the debate is the role of Google and Apple, who have offered their collaboration to authorities worldwide.

The two Silicon Valley giants have committed to having ready in May the APIs (Application Program Interface) that will allow devices with Android and iOS operating systems to work, de facto, as a single system when using applications against the virus. This would thus ensure that virtually all smartphones with these applications could communicate with each other to share data on infections, avoiding technological ‘islands’ that undermine their effectiveness. Additionally, Apple and Google are already working so that, in the months to come, the tracing mechanisms from these operating systems could be activated directly, if the user gives permission, without an app.

The effectiveness itself of the apps as well as the role of Google and Apple raise many doubts among experts and analysts, as evidenced in a recent online roundtable organized by the Fundación Telefónica. The guest speakers – the lawyer Paloma Llaneza, the journalist specialized in ‘surveillance capitalism’ Marta Peirano and the expert on ‘cyberpolitics’ Andrea G. Rodríguez – focussed on two questions: How effective are these tools at fighting the virus? And what danger do they pose to rights and freedoms in democratic societies?

The two answers that European societies give to these questions work like the weights on a scale, following the principle of proportionality. If the apps save lives, we can take on more democratic risk. If their benefit is limited or superfluous, there is no excuse to sacrifice, even temporarily, values inherent to the EU.

Apps are not the most effective tool against coronavirus

Regarding the first question, it became clear from their conversation that the apps are not a miracle tool against the disease, even though, as Rodríguez said, we tend to search for a ‘deus ex machina’ in technology. Many elderly people and children do not use mobile phones, it is very difficult for an app to reach penetration above 60%, which in this case is what is needed for it to be effective, and not all infections are caused by being close to another person but rather can be from surfaces.

The key technology in these solutions, Bluetooth, also raises doubts. That is, as to its effectiveness, because when we are at a metre from a supposed carrier of the virus we have not necessarily been in contact with them: Bluetooth ‘jumps’ walls, making neighbours in an apartment building who may not even know each other live, as far as the technology is concerned, under the same roof.

And there are also doubts about security. Llaneza noted that Bluetooth has security holes that let you imagine a nightmare scenario: cyberattacks of false positives that put fear into society and paralyze its economic activity.

Accordingly, the effectiveness of the applications should not be understood as an irrefutable fact.

When technology is implanted, it stays

In regard to the debate on privacy of citizens and use of their data, the doubts are also relevant. “We must be very careful,” affirmed Llaneza, “when one opens the door to tracing apps you let the State become an Orwellian entity that controls who you have been with or where you have gone. The temptation is very big: when technology is implanted, it stays.” In emergency situations there is a tendency to turn to solutions that we would not have accepted at other times, and these solutions tend to remain, pointed out Peirano along the same lines. For her part, Rodríguez offered a more geopolitical view: “We have a lot of multinational institutions, but the global tools are provided by two companies in Silicon Valley. States can end up subjugated to the major technologies”.

Underlying all these doubts is the same conviction: in the twenty-first century, data is an enormous source of knowledge, money and power. And data, in democratic societies, is of the people. The essential goal is to save lives, but we should only accept the risk of temporarily limiting our rights if the solutions offered us are really effective, remembering that it is easier to monitor citizens than a virus. 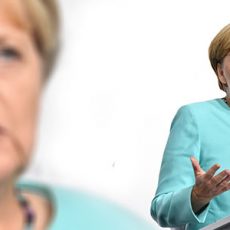 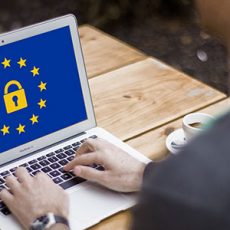 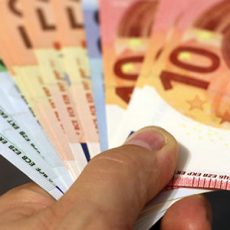