The digital environment should be friendly and safe for minors. However, reality shows that websites and social networks have become a risk for children and adolescents, who suffer online from  harassment, violence, intimidation… and are exposed to all kinds of content, from inappropriate advertisements to extreme pornography. Meanwhile, their data is commercialised by the large platforms that make up the Internet, who take little action to control these serious problems.

Given this situation, and on the occasion of World Children’s Day, on November 20th the European Association for Digital Transition (EADT) organised, in collaboration with the European Commission, the panel on ‘Digital Rights of Minors Online’. Participants included various representatives of civil society, who agreed on the need to build a safer digital environment for children and adolescents, as opposed to the current model defined by the platforms and focused on commercialisation of data. The day formed part of the Conference on the future of Europe, launched by the EU to encourage citizen participation in regulating the major issues that will determine the future.

“The digital transition cannot leave anyone behind, and we aren’t just talking about economics but about all kinds of vulnerabilities, like that of minors,” said María Ángeles Benítez, Director of the Representation of the European Commission in Spain, in the first speech of the day. And Bibiana Medialdea, Director-General for Consumer Affairs, closed the event with a similar reflection, in which she asked for the digital transition to be confronted taking into account the need to protect the most vulnerable.

The reality, however, is that a digital environment has been imposed based on the business model of the technological giants, which, as Ana Caballero, Vice President of the EADT, explained, is based on  commercialisation of the data obtained by holding people’s attention: “They sell the time we spend in front of the screen, and the longer the time, the better for them. How do they get our attention? With ever more extreme and eye-catching content”. The same principles also apply to minors, as “the algorithm is not designed by a child psychologist”, she stated.

The result of applying these business principles to a vulnerable population such as minors can be very harmful, as Catalina Perazzo, Director of Awareness and Childhood Policy at Save The Children, explained in her speech. The NGO, in its study ‘Viral Violence’, identifies up to eight types of online violence that minors suffer. In 2020, according to official data from the Ministry of the Interior, more than 3,400 cybercrimes against minors were reported, among which sexual offenses, threats and coercion stand out. “The consequences of violence in the digital world are as serious as those from physical violence, and the impact of online violence on the child continues into adulthood, implying a personal cost and also one for society as a whole”, Perazzo stressed.

There is more information confirming that the digital environment can be very hostile to minors. Sonsoles Bartolomé, head of legal for the Fundación Anar (abbreviation for Ayuda a Niños y Adolescentes en Riesgo, a group that helps at-risk children and adolescents), explained that 29% of the cases they work with are directly related to technology. “The large increase in digital consumption during the pandemic, without proper parental controls and monitoring, has much to do with realities we saw in the return to school, such as behavioural problems, more suicide attempts, and a dramatic increase in cases of self-harming”, she said.

What can be done to confront this situation? One of the most repeated words during the day was ‘regulation’. The speakers broadly agreed that the EU is doing a good job, but that more agility is needed. “We support any measures that address the risks, instability, and abuses suffered by children and adolescents on the internet, especially in environments dominated by large non-European platforms, the main players in the online world”, declared the EADT’s Caballero. “Regulation is the only possibility we have to not be in the hands of large US and Chinese platforms”, she assured.

User awareness and training on possibilities and risks in the digital environment is another key tool. As Manuel Ransán, head of Cybersecurity for Minors at INCIBE (the Spanish National Cybersecurity Institute), explained, “Minors must be empowered in their digital skills, working not only on risks but also on promoting responsible use of technologies”. “We need training, but training that also includes a critical view of technology”, said Javier Nadal, President of the Spanish Association of Foundations.

There is much more at stake than it appears, the speakers agreed. “An economic and social paradigm shift is taking place, with imbalances of all kinds”, said Ricardo Rodríguez Contreras, President of the EADT, “and Europe has arrived somewhat late to this transformation. It’s not only our technological sovereignty at stake, but also political and economic sovereignty and that of our citizens, because we are talking about fundamental rights”, he concluded. 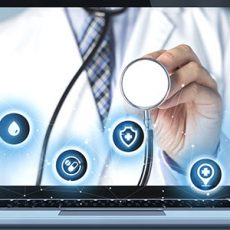 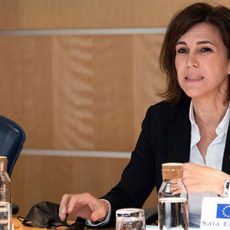 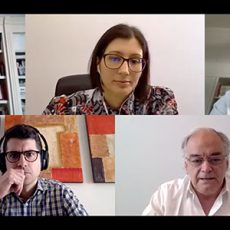 The pandemic has Europe facing the challenge of digital sovereignty