When the history of the big technology companies in the twenty-first century is written, the date of July 29, 2020, might have its place. On that day, the four CEOs of the ‘Big Tech’ Amazon, Facebook, Google, and Apple appeared before the United States House of Representatives antitrust subcommittee, whose members have been investigating their alleged anti-competitive practices for years.

In itself, the appearance produced no results. But it is historic, as it definitively marks a shift in the relationship between U.S. political power and these four companies, who have a combined stock market value of more than $5.5 trillion, following the rise in their share prices during the months of the pandemic. The positions of congressional Republicans and Democrats differed in many respects, but they indeed coincided in their critical tone.

Debates that were unthinkable a decade ago, such as the possibility of slicing up these companies to avoid their monopoly, are now on the table in Washington. The political view of these giants is less complacent and ‘techno-optimistic’ these days, and somewhat closer to that of the European Union. However, the differences between Europe and the United States when dealing with Silicon Valley’s power are still very considerable.

Price is not the only variable

A first, basic difference is the overall approach. From a conceptual perspective, competition rules in Europe take a broader view than in the United States, where special emphasis is placed on prices, a paradigm often attributed to legal scholar Robert Bork from his book “The Antitrust Paradox”. This 1978 book argues that the main objective of antitrust laws is to promote consumer welfare by keeping prices low. Given that consumers, strictly speaking, pay nothing for products from companies like Facebook or Google, these giants would be virtually exempt from surveillance by antitrust agencies.

This view has expanded in the United States due to, for example, Facebook’s acquisition of emerging competitors – such as Instagram in 2012 – and Amazon’s launch of its own brands, which compete with others in a market that it controls.

Just as Europe has much to learn from the entrepreneurial dynamism and innovation of the American technological world, on the other side of the Atlantic they have taken note of the risks inherent in the immense power the Internet giants have amassed. Thus far, as Nate Persily, a professor at Stanford Law School, stated in The New Yorker, “In many ways, Europe is the only functioning regulator of Silicon Valley.”

But how do you regulate to prevent a particular market from becoming a semi-monopoly? It’s not easy.

In recent years, the European Union has opted for sanctions and fines against the anti-competitive practices of the Internet giants. For example, Google was fined three times between 2017 and 2019 for more than $9.2 billion. But these are complex processes, which go on for years and sometimes end up failing on court appeals.

That is why the Commission now seems to be opting for new regulations that tighten the grip on the large technology companies. Margrethe Vestager (Denmark, 1968), European Commissioner for Competition since 2014 and Chair of the Commissioners’ Group on a Europe Fit for the Digital Age, has taken this mission as one of the keys to her mandate. Thus she is spearheading issues such as tighter taxation for big tech – known as the ‘Google tax’ – as well as greater control of the data market and a new regulatory framework for Artificial Intelligence, especially concerned with the use of facial recognition technology.

Nevertheless, the challenge for the EU is not only to set some rules of the game that prevent abuses. The other part of the European challenge is to promote the conditions so that more technology companies capable of competing globally can flourish. Europe is a leader in technological regulation, but it should aspire to be a leader in technology. 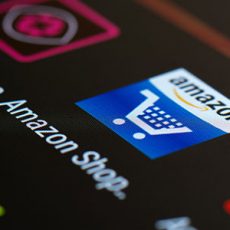 OK, Amazon is too powerful. What should we do?