Surely the scene is familiar to you. To give a gift, the discounts or just in daily life, we turn to e-commerce, so comfortable and tempting in these strange times when crowds make us feel apprehensive. And once we decide to buy ‘online’, the most reliable alternative is Amazon, with its huge offer, competitive prices and, above all, its efficient delivery system.

Then, it’s likely we have a guilty conscience, especially if we live in dense urban centres where we recognize the neighbourhood merchants. We’re vaguely aware of various campaigns where we’re encouraged to buy in local or nearby businesses and not from the large North American or Asian e-commerce giants. Broadly speaking, we’re aware of the arguments they use against these multinational digital companies – tax evasion, precarious work, spurious use of data – and we usually share them. Next time, we’ll shop at the corner bookstore. If it’s still there.

Why do we think one way and act in another? In an article published in this same media, Esteban Hernández commented on “the fallacy of cheap prices”. His thesis can be summed up in that beyond the usefulness, convenience and savings offered by the large tech companies, we must pay attention to the effects they produce. And these are harmful. “When a small handful of large companies can pay their taxes in tax havens, impose harmful rules on their employees and suppliers, and ignore regulations, they have no problem lowering prices: it’s possible for them to do so because they don’t respect the rules that their competitors are indeed subject to. Under very favourable conditions, it’s very easy to compete”, he wrote.

All this, while luring the consumer with low prices. But what we don’t realize is that what’s cheap can be a fleeting mirage. I turn again to Hernández: “Once the monopolies or oligopolies have settled in, consumers are captives and, from that point on, prices rise”.

The excessive power of one link in the value chain is like a tumour that spreads throughout it: first it hurts one sector, then another, and then all of them. We’ve been in this process for years, without barely noticing. It disguises itself as technological advancement and innovation, which has long been a rapid process concentrating power in a few corporations. A phenomenon that, before what we now generically call digitalization, was considered unacceptable in any regulations to protect well-balanced competition.

What solutions are there, how can we reconcile the benefits provided by technological platforms and the negative effects their abuse of power has on society, the economy and the citizenry? Hernández appealed to legislative action and described as unfocused campaigns that put the emphasis on consumer decisions.

From the organisation I preside, the European Association for Digital Transition, we launched such an action last November in the four leading economies of the Euro area — Italy, France, Germany and, especially, Spain. Our campaign is called ‘Save your zone’, and it stresses the need to defend nearby businesses to have more vibrant cities, with more economic fabric and that are more in line with European lifestyles and values. This initiative’s approach is very urban, and that’s why we wrote to hundreds of mayors to request their participation in the campaign.

Are these initiatives useful or not? We’re aware that it might be naive to think that the individual decisions of each consumer will be able to reverse a worrying situation if, at the same time, regulations are not adopted to safeguard the rights of consumers to privacy and control of their data and to ensure fair competition among multiple European operators in the new digital environment, which is now clearly dominated by ‘big tech’. It’s also to some extent unfair, in the face of inaction by lawmakers, to pass the problem on to consumers, who cannot be asked to make deep sociological reflections on the consequences of their actions.

But the principles and arguments behind ‘Save your zone’, and many other similar initiatives all across Europe, appeal to consumer awareness and call for them to truly become citizens, increasing pressure on legislators, regulators, and politicians in general. This has always been the case: History shows us that, following the economic and social impact caused by a technological revolution, market economies react by adjusting and adapting institutional and regulatory frameworks to technological change. For example, some types of technology can be prohibited by law if their effect violates social norms (as has been the case with some types of genetic engineering). Or it appears they’ll end up regulating working conditions and employment on platforms. In other words, the States, or the European Union, intervene to reorder new imbalances and contradictions. The European Union appears to have picked up the gauntlet with the Digital Services Act and the Digital Markets Act, still in the draft phase.

At the EADT we agree with the orientation and first steps taken by the EU because we believe that, plain and simple, European sovereignty, in a triple dimension, is in danger: economic sovereignty, with European companies trying to compete in markets distorted by the power of non-European platforms; political sovereignty, that is, the ability to decide our future without interference, something that reality has shown is already at risk, and citizen sovereignty, without privacy violations or misuse of personal data, as what is unacceptable in the analogue world must also be unacceptable in the digital world.

As European citizens, we cannot accept that there are two divergent worlds, one digital and one physical, independent from each other. And this risk exists. The recent experience of the assault on the Capitol demonstrates just how much social media can contribute to dividing a society living in two different, parallel realities. Moreover, it shows us that a unilateral decision by Jeff Bezos or Mark Zuckerberg – and not democratically adopted legislation – can silence even a president of the United States or expel a website that is a mouthpiece for pro-fascist movements like Parler from the ‘online’ arena.

All of us – politicians, legislators, EU citizens – need to react quickly and on all fronts: taxation, labour regulations, improving competition without cutting off local innovation, protecting citizens’ privacy, etc. It’s not an easy road, and all efforts are welcome. That’s why we appeal to consumers to buy in their zone using civic awareness, as a European citizen. Because the survival of nearby businesses is just one more manifestation of the crossroads at which Europe’s future is at stake, as a society, as an economy and as a democracy.

President of the European Association for Digital Transition (EADT) 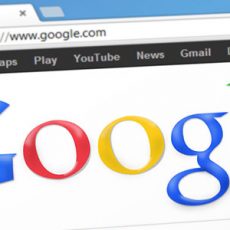