The standard profile of the European consumer is increasingly digital. This transformation process, which began years ago, has accelerated dramatically with the COVID-19 pandemic. It is precisely in the last year that transformation of the legislative framework that protects the European consumer has sped up. Last November, the European Commission published the New Consumer Agenda, a document defining key actions that need to be taken in this area, both at European and state level, over the next five years.

In parallel, the Digital Services Act, currently in process, may mark a before and after in the regulation of Internet platforms. With its limitations and shortcomings, it is a clear advance compared to the existing regulatory framework, which has as its cornerstone Directive 2000/31. Obviously, the state of the digital economy has transformed radically in these 21 years. Just one example: in 2000 neither Facebook nor the iPhone existed.

But what does this regulatory initiative contribute? And where does it come up short? Is the digital consumer sufficiently protected?

On Friday, April 30, the Spanish Ministry of Consumer Affairs organized an online debate in which institutional representatives participated, such as Didier Reynders, European Commissioner for Justice, and Rafael Pérez Galindo, Deputy Director-General for Digital Society, as well as members of civil society groups. Among these was Ana Caballero, Vice President of the European Association for Digital Transition.

The European Commissioner for Justice, the top person responsible for consumer protection policies in the EU executive body, stressed the relationship between this area and social policies: “A good consumer policy is economic policy, yes, but also good social policy, because it protects the most vulnerable members of society, the people who have been most impacted by the health crisis, such as the elderly or people without Internet access”, he said. “Consumers should have the same protection in the digital world as in the physical world”, he stressed.

Pérez Galindo acknowledged the “evident” consensus on the need to reshape the obligations of intermediation services on the Internet, and praised the Digital Services Act, presented by the European Commission in December 2020, as “it introduces very important obligations in the fight against online fraud, the identification of retailers on platforms … It will help us enormously in the future”. The senior official at the Ministry of Economic Affairs also stressed the importance of the Digital Rights Charter the Spanish Government is preparing, as one of the reference frameworks to ensure that consumers have the same protection in the online world as in the physical world.

In this regard, Caballero, on behalf of the EADT, explained the recent campaign of the association ‘Do you really accept? You’re a digital consumer. You have rights’. This action stems precisely from the conviction that many consumer rights are all too often violated by the large Internet platforms. There are situations in their ecosystems that are inconceivable in the physical world, such as the recording of private conversations via devices, or the unauthorised use of data for political purposes (‘Cambridge Analytica case’). The exchange model between consumer and business, without economic consideration, seems to relax demands from users. But, as Caballero emphasized, “paying with data is paying”, and it is essential that European institutions and citizens bear this in mind in their relationship with these large, increasingly powerful, platforms.

But it is not just a matter of consumer rights. Furthermore, Caballero said, “it is important to be clear whether these large platforms respect the European labour and tax system”.

Decisive moment for the digital consumer

The regulatory transformations are coming right at a turning point in European societies, affected economically by the COVID-19 pandemic and in a process of accelerated digital transformation. If we focus on consumption, restrictions on mobility have brought a new type of consumer to the online world, generally older and less inclined towards the digital environment. These are profiles, at least a priori, that are more vulnerable to possible abuse as they know less about the Internet ecosystem.

But all age ranges are susceptible to being abused by the large platforms. As Patricia Suárez, President of Asufin (Association of Financial Users), stressed, “young people have to be aware of who they give their data to, because they can be manipulated by them”. Suárez commented on the case of TikTok, denounced by several consumer associations for failing to protect minors from covert advertising. “In Spain, we’re told we have to file a complaint in Ireland [where the company, of Chinese origin, has its European headquarters]. If we have to complain in Ireland to defend consumer rights, we have a problem”, she concluded. 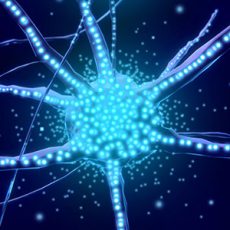 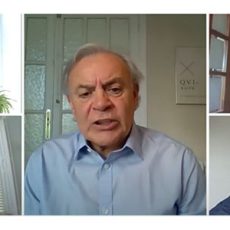