It’s been 12 years since Bitcoin was born, and with it the phenomenon of cryptocurrencies, digital assets not issued by any central authority and transacted through blockchain technology. In these 12 years, Bitcoin has experienced dramatic swings in value, becoming established as a high-risk speculative item – in the last 12 months it has been revalued by 20% – but not as a commonly used currency.

The very concept of cryptocurrencies – the main type of crypto assets – has also evolved, in recent years generating greater interest from monetary institutions and large businesses. A significant milestone in this evolution was the presentation, on June 18, 2019, of Libra, a digital currency promoted by Facebook that would be backed by conventional financial assets such as the strongest currencies (essentially the dollar). Received with enormous scepticism and more than a few doubts by the Federal Reserve, a year and a half later the Libra project has still not been launched.

The European Commission is now trying to sort out the playing field of cryptocurrencies, which has enormous potential and also systemic risks. This is because, in the end, what is being opened up is the possibility of ending the central banks’ monopoly on issuing currency. On September 24, the institution led by Ursula Von der Leyen presented its Digital Finance Package, which includes a proposal for a regulation on Markets in Crypto Assets (MiCA).

The proposed regulation, which must be approved by the Parliament and the 27 Member States, will require providers of cryptocurrency services to have a physical presence in the EU, in addition to authorization from the appropriate national authorities. They must meet a number of capital requirements and governance standards, and keep their clients’ assets separate from their own.

In addition, suppliers will be required to publish a ‘white paper’ with all relevant information about the asset. These documents must include information on the project and the intended use of the funds, as well as the associated conditions, rights, obligations, and risks.

The Commission also plans special conditions for so-called ‘stablecoins’. These are those, such as Libra, whose value is backed by other assets.  The reason is that “their scale would pose risks, as millions of users in Europe could pay with the new digital currency, which could have systemic effects on financial stability”, explained Valdis Dombrovskis, European Commissioner-designate for An Economy that Works for People, during the proposal’s presentation.

As the Commission explains in its press release, “the strategy aims to ensure a level playing field among providers of financial services, be they traditional banks or technology companies: same activity, same risks, same rules”.  Digitalization of money is already an unstoppable process, and it would be irresponsible of the EU to not take the reins to impose order on the process. It is a question of defending European sovereignty, in this case monetary, by setting clear rules of the game, in a single digital market, so that everyone can compete on equal terms and offer the best services to the consumer. This is the only way will we be able to take advantage of the opportunities in the expansion of cryptocurrencies, and also lessen the risks. 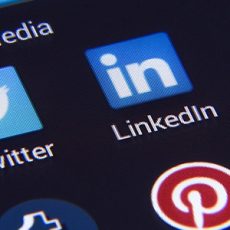 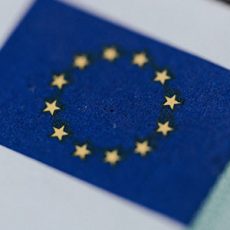 It’s not just business, it’s the future of European sovereignty