Amazon was born in 1994 as a bookstore, because it was clear to Jeff Bezos that book sales were a perfect fit for e-commerce. The founder of Amazon developed the right idea at the right time, and the rest is an impressive story of business success: Amazon is worth more than a trillion and a half dollars on the stock exchange today. To give some context, this is a figure that far exceeds the combined GDP of Spain and Portugal.

Today Amazon is more than just an online bookstore, and its impact has touched all kinds of sectors. And it raises a huge debate about the risks to competition implied by its dominant position, especially if, as the European Commission is investigating, it uses that power to subtly drive out any possible rival.

Specifically, the executive body is analysing whether Amazon uses the data it obtains from third parties to prioritise its own products on its platform. Explained in sports terms, Amazon provides the playing field, plays the game and, on top of that, chooses a completely biased referee: Amazon itself.

The Amazon of 2020 bears no resemblance to the Amazon Bezos created. Now it’s an entire ecosystem, supported by technology and algorithms, that’s getting ready with smart speakers to conquer new settings like the home. In addition, it already offers products that seem very far removed from its DNA, such as fresh foods and, since November 17, medications, for now only in the United States.

Amazon sells everything around the world, and not only that: its Amazon Web Services division is one of the global leaders in cloud technology, and here only other giants like Google, IBM, Microsoft, and China’s Alibaba are on its level.

Is it too much? Institutions should do their job, preventing any business from reaching a position of dominance in whatever area. The EU, perhaps late, is trying to do its job; not just with the issue of the distortion of competition. Also on the table are trade union complaints of bad practices and the tax engineering Amazon practices to pay the lowest taxes possible.

But the search for a more competitive e-commerce ecosystem is not just a matter for policymakers and regulators. Consumers also have a lot to say, and that’s why campaigns are proliferating asking that, during this high season for consumption, people buy at local businesses. With the campaign #saveyourzone, our own association has asked European mayors, following the lead of Paris and Barcelona, to be courageous and commit themselves, asking their residents to buy in nearby businesses.

Small businesses themselves also have to make an effort to adapt, not at all simple in a period of economic crisis like the current one. This is why certain actions are particularly noteworthy, such as the one developed in Spain by the platform todostuslibros.com, an initiative from CEGAL, the Spanish Confederation of Booksellers’ Associations.

Todostuslibros.com is an e-commerce platform but also a bibliographic reference portal where booksellers share and post information. As one of its promoters, the bookseller Jesús Rodríguez Trueba, explained in a recent digital talk organized by El País Retina, the platform “is an e-commerce that respects the work of qualified staff at the bookstore and makes this visible, and has no intermediaries: all the money goes to the seller”.

This model is in contrast to Amazon, which in addition to intermediating, takes advantage of data from consumers.

Do these alternatives have a future or are they just a romantic idea? “With the pandemic we have realized that, if we get distracted, we will one day go out on the street and find a city that technologists have designed for us, who consider human interaction inefficient”, said Rodríguez Trueba.

The key, in his opinion, is to end a playing field, the one currently configured for e-commerce, which has one half totally muddy and the other, where ‘big tech’ operates, in perfect condition. As Europeans, we must do so before it’s too late. 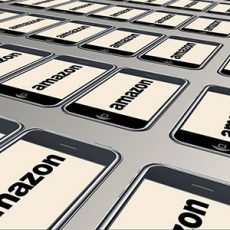 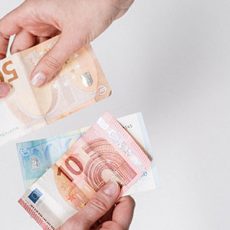