On Thursday, January 28, Data Protection Day is once again being celebrated. The first edition was held in 2007, after the Council of Europe had decided a few months earlier to set the date.

Why this day? On January 28, 1981, the Council of Europe signed Convention 108 in Strasbourg for the protection of personal data in its automated processing. It was the first legally binding international instrument for data protection, and for more than 30 years an important legal reference, in Europe and beyond. Today, Data Protection Day is celebrated all over the globe, and outside our continent is known as Privacy Day.

The objective of this day is to raise awareness among members of society on how important it is to protect their data in digital environments in order to maintain their privacy. Initially, the day focused more on family environments, but slowly this awareness-raising has extended to consumers and businesses, given the rise in cyber-attacks in recent years. The pandemic has increased these risks, as the forced use of telecommuting has widened the perimeter that businesses need to protect, complicating the work of cybersecurity professionals.

When the commonplace assertion is made that data is the new oil, an absolutely essential difference is being ignored: data, if not made anonymous, is linked to a person’s dignity. And not protecting our data in the digital environment can have large and very unpleasant effects on our personal and family life, with cases of cyberbullying and blackmail, and also poses a huge risk to domestic economies, which in most cases already operate 100% digitally.

But beyond this setting, it must also be noted that the defence of data privacy is also at stake in a broader area, that is, large companies and geostrategic interests.

As our manifesto explains, at the EADT we understand that control of data is one of the biggest battles, probably the largest, that the EU must fight to maintain its sovereignty. Sovereignty understood in three ways: political sovereignty, so our electoral processes are clean and free from interference; economic sovereignty, so our companies and entrepreneurs can compete on a level playing field; and the sovereignty of our citizens, so nobody controls information that can be used to  manipulate us, in any and all respects, without us even being aware of it.

We live in a much more complex panorama than the one we had in 2007, when Data Protection Day was established. By way of example, neither WhatsApp nor Instagram, both now part of the Facebook empire, existed then. It’s clear that digital development offers us huge possibilities for economic prosperity and social interaction. But the risks have also increased enormously. Our sovereignty depends in large part on the privacy of data; its defence cannot simply be a rhetorical stance. 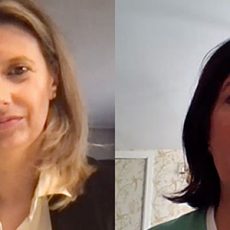