Amazon’s announcement last week that it was launching its own online pharmacy not only shook the US drugs market but also raised questions here in Europe. The online retail giant has already reshaped the shopping and shipping landscape. Now, it plans to enter the prescription and over the counter medicine market worth the equivalent of €260 billion in the US alone.

Unsurprisingly, shares in established US pharmacy chains plummeted as Amazon promised free delivery and discounts of up to 80% on generic medicines and 40% on prescribed brand-name drugs for its Prime customers.

For the moment, Amazon Pharmacy is only launching in the United States, but some have already begun asking whether Europe’s drugs market could soon go the same way.

The sale of medicines over the internet has been authorized within the European Union since 2011 and the continent’s online pharmacy market is now forecast to grow by over 14% a year for the next five years. The impact of COVID19 have only accentuated the trend but some see problems ahead.

The Pharmaceutical Group of the European Union (PGEU), which represents the continent’s 160,000 bricks and mortar community pharmacies and 400,000 pharmacists, is increasingly concerned that  online competition, particularly in prescription medicines, could result in closures.

Apart from the loss of jobs and government tax revenues, the PGEU points out the central role that this particularly European pharmacy model plays in preventative and emergency health care.

For example, Europe has 32 pharmacies for every 100,000 inhabitants: a far higher density than in the United States. According to the PGEU, in nearly all countries they offer the public healthy living advice and all-night opening hours, most include stop smoking support services and in around a third of EU countries the public can even receive their seasonal flu jab.

The same EU Directive that authorized online medicine sales in 2011 also introduced a common logo to indicate whether a given retailer was an approved online pharmacy. However, it left individual EU member states to decide which online pharmacies could register and what type of medicines they could be sell.

As a result, there is a wide diversity of legal frameworks across the EU. For example, the 2019 WHO review noted that apart from Germany, Estonia, Finland, Sweden and Switzerland also authorized the sale of prescription-only medicines over the internet; something that is forbidden elsewhere in the EU.

In addition, some countries like France and Spain have much stricter regulations even when it comes to the sale of non-prescription medicines online. And since EU regulations insist that these restrictions can only be justified on grounds of public health to protect the principle of the free movement of commerce, this has led to recent legal challenges.

Future EU developments and technological trends are likely to increase the urgency of developing truly pan-EU regulations for the online pharmacy market.

For one thing, roll out of the EU’s ePrescription scheme has already begun. Initially, the online transfer of these electronic prescriptions will allow EU citizens to obtain their medication in a pharmacy located in another EU country. However, there’s already speculation that they could also be used for cross border online prescription purchases in the future.

And secondly, the example of Amazon Pharmacy will only intensify concerns about data protection. Although the EU’s 2016 General Data Protection Regulation offers European consumers far greater protection than US citizens, the sheer breadth of operations of the world´s technological giants will make data protection as vital as it will be complex.

The data challenge of a new digital ecosystem

Online pharmacies already gather sensitive medical information from consumers via questionnaires. Taken together, an Amazon Prime user who shops at its subsidiary Whole Foods, uses the Amazon health tracker Halo and gets their prescriptions filled through Amazon Pharmacy is giving the company perhaps the most complete insight into their health that’s available.

With Europe accounting for nearly a quarter of global pharmaceutical sales, the attraction for online medicine providers will only grow. EU member states will need to think very carefully about how to adapt to these new online platforms while protecting their citizens, businesses and health systems. 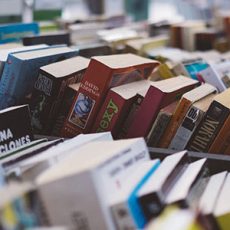 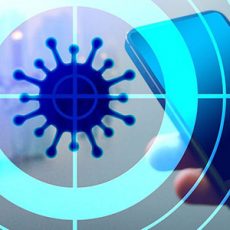 Apps to fight against coronavirus: two questions and one (European) answer 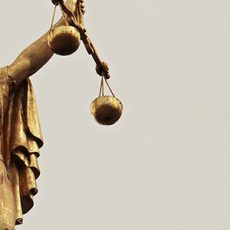 Regulation and ‘Big Tech’: The EU is leading the way, but needs more