The serious discrepancies between the European Parliament and the Council, chaired this six-month period by Germany, confirm what was already felt: It will not be easy to implement the historic EU post-COVID reconstruction agreement, closed last July by the heads of government. This is bad news for everyone, but especially for the countries most in need of this shot of investment, such as Italy and Spain.

Nevertheless, the debate should not focus solely on the urgent need for aid. We must act quickly, but urgency should not side-track us: Efficiency and having clear ideas are key.

This Recovery Plan, reaching 750 billion euros, has two pillars financed through issuing debt from the European Union: the green economy and digitalization, a process accelerated by the COVID-19 pandemic. Spain is one of the countries that has been successfully passing the stress test these months, thanks to the resilience and capacity of its communications networks, with a prominent position within the EU in the rollout of fibre optic networks.

Now, the entire Union wants to make a qualitative leap in digitalization, using the Recovery Plan as a lever. There remains much to learn about the fine print, which will depend first on negotiations in Brussels and, later, on decisions from the Member States. So, for the moment, there is mostly talk of generic commitments, such as the need to improve connectivity and to bet on technologies such as artificial intelligence, cybersecurity, cloud computing infrastructure, 5G and 6G networks, quantum computers, and blockchain.

But what is essential, wherever the funds are allocated, is for the programs to take very much into account the need to strengthen Europe’s strategic autonomy. The EU is in a crucial moment and facing a huge opportunity. It must make correct choices so that, in the future, it can decide for itself, offering its citizens a framework for digital rights and freedoms like those that exist in the analogue world, without interference that affects its sovereignty. 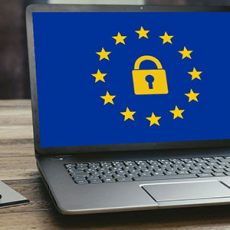